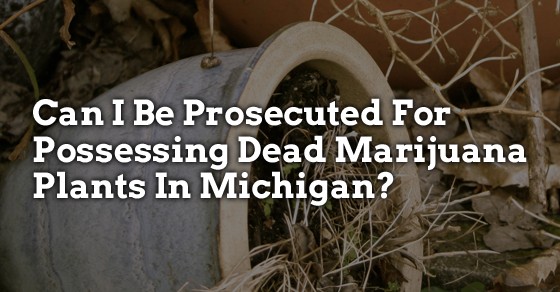 Yes, you can be prosecuted for possessing dead marijuana plants in Michigan. It is still a crime in Michigan to possess marijuana. Possession of any amount of marijuana in Michigan is a misdemeanor that can result in up to one year in jail. This includes a joint, a mostly-burned roach, buds, leaves, seeds, stems, root balls, or even left-over residue. It doesn’t matter if the plant material is useable, and it doesn’t matter if the plant material is living and green or dead and brown. If it’s part of a marijuana plant, it’s illegal to possess in Michigan. If the offender has a prior conviction for a controlled substance or if the offender possesses enough plant material to indicate trafficking, the offender will be exposed to felony-level crimes with a risk of prison.

Under the Michigan Medical Marijuana Act, a qualifying patient has immunity from prosecution for marijuana-possession crimes only if the qualified patient is possessing marijuana within the limits of the Act, which permits:

So, that sounds easy to understand, right? Wrong. Police often have a lot of resources invested in a marijuana investigation, and police are trained to process a crime scene to justify criminal charges.

Here’s an example: Police received a tip about a marijuana growing operation from a confidential informant. Police use the informant to obtain a search warrant to get the homeowner’s electric bills from the power company, which show increased electrical usage for the grow lights. Police use the informant with the electrical bills to obtain a second search warrant to use the National Guard to fly over the house with thermal-imaging equipment and detect increased heat emanating from the house for the grow lights. Police put together the informant, the electrical bill, and the thermal-imaging information and obtain a search warrant to raid the house. When the police raid the house, they find a marijuana-growing operation being conducted under the Michigan Medical Marijuana Act.

So, what do the police do with all this time, effort, and expense invested in busting a legal marijuana growing operation? They put together a case by looking for instances where the grower failed to follow the requirements of the Medical Marijuana Act: (1) the marijuana room is unlocked because the grower had stepped out to use the bathroom, (2) police sweep up every leaf from the floor and the corners of the grow room hoping that it will be more weight than the grower is allowed to possess, and (3) police count every dead and discarded plant laying in the corner hoping that the lab will find a green leaf on the dead plant so that it will count towards the plant total. These are just a few ways police will attempt to justify their investigation and obtain charges against the marijuana grower. Remember, compliance with the Medical Marijuana Act means immunity from prosecution, but if police can show that the suspect didn’t comply with the Act, criminal charges are the result. 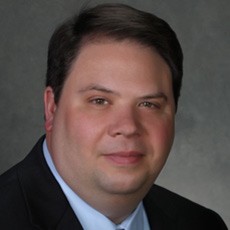